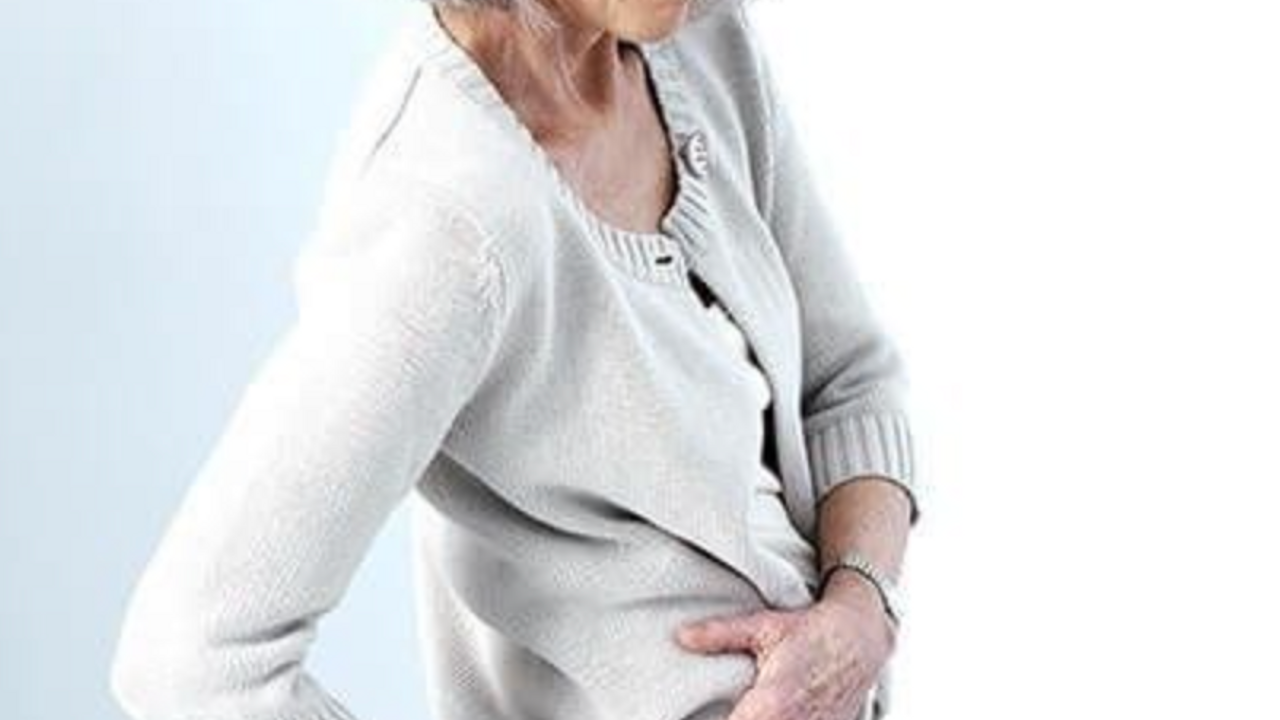 Greater trochanteric pain syndrome (GTPS) is a common complaint amongst our community. This is not surprising given that GTPS is estimated to affect 15% of women and 6.6% of men aged 50-70 years old. For those who have experienced it you already know which area hurts. For the rest of us, let’s break down those anatomical words! 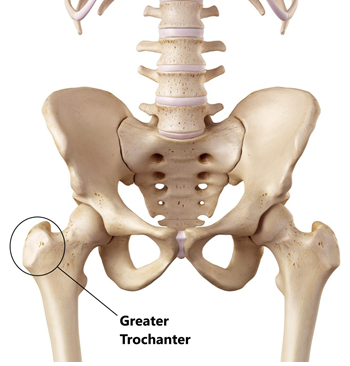 The Greater Trochanter is the name for the “hip bone” - the part of your upper leg bone you can feel if you press into the side of your hip. For some people reading this, it might be uncomfortable to prod in that area, you may even have GTPS! 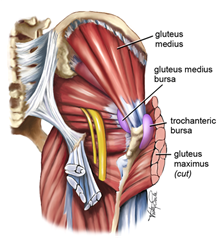 Run your eyes over the image above. This is an image of the muscles running around the back and side of your hip (and this is a simplified cartoon version!). As you can see, there are lots of different structures - muscles, tendons, bursae and various other tissues. It is for this reason that it is termed Greater Trochanteric Pain Syndrome - it’s virtually impossible to pinpoint symptoms to one specific structure. So, what are the symptoms of GTPS?

As we have mentioned, it’s very difficult to identify one structure at play. GTPS has previously been called Hip Bursitis or Gluteus Medius tendinopathy, while these labels aren’t necessarily incorrect, they are probably over specific. It may well be that a patient with GTPS has signs of bursa inflammation, or pathological changes to the gluteal tendons, but people can have pain with just one of these, both or none - and it’s very hard to identify which of these is the case!

Regardless of the structures involved (it’s likely that there are several) the root cause of GTPS is an overloading of the lateral hip tissues beyond their capacity. The main culprit here is a sudden increase in exercise or physical activity, but there are other factors that can make you more susceptible.

It is theorised that females have higher rates of GTPS because of their anatomy. Wider hips causes a greater Q angle: 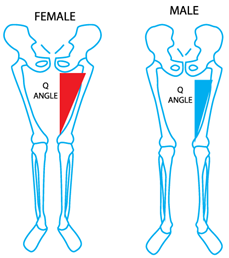 This greater Q angle means there is more compressive stress on the tissues around the greater trochanter, making them more susceptible to sudden increases in load such as a lot more walking or stair climbing. Being overweight or obese has also been associated with GTPS, but the mechanism here is a little less clear. It would be reasonable to attribute some of this increased risk to the pro-inflammatory effect of having excess body fat.

What can I do about GTPS?

As mentioned above, the main cause for GTPS is a rapid increase in load via exercise or physical activity. An example of this would be a woman who goes from walking 2km around her neighbourhood each day to 4km of hilly, bushwalking each day. That is not only a doubling of the distance, but also an increase in intensity via the hills! While a more sensible increase might be to follow the 10% per week rule (only increasing distance, time, weight etc by 10% each week), if someone has lateral hip pain, this advice is a little late.

When someone has GTPS, the first step is to back off or modify the exercise that is exacerbating their symptoms. This should allow the symptoms to settle down to a level where we can begin increasing the capacity of the lateral hip musculature and tissues in a controlled fashion. Here are some examples of how to back off aerobic and resistance exercise:

It’s also a good idea to minimise the time spent in positions that may exacerbate symptoms. This includes positions like sitting with the legs crossed or hitching one hip out to the side when standing. Some people find benefit from sleeping with a pillow between their legs to limit compressive forces on the lateral hip tissues.

Once the symptoms have settled down to a level where they are not impacting a person’s ability to handle all their daily tasks or cause them intolerable pain, aerobic and resistance training can slowly be increased according to the 10% rule.

In addition, some extra focus on the hip musculature may increase the area’s resilience to loading and stress. Watch this video where Jack and Ollie show some helpful exercises for treating GTPS!